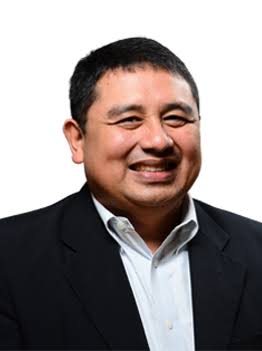 Mennen is a human resource and training consultant who has addressed professionals here and abroad.  He is currently a faculty member of the Ateneo Graduate School of Business, where he teaches Information Technology.  He is also a consulting resource for the university’s Online Learning Initiative. As a faculty of the Ateneo Center for Continuing Education  he facilitates courses in planning, strategic execution, process excellence, coaching, and instructional design.

He was the former General Manager of Inspire Leadership Consultancy, Inc. and former Chief Business Development Officer of FranklinCovey in the Philippines.

He is a Strengths Strategy Certified Coach. He helps leaders tap into and discover, apply, and be excellent in each of their 34 Leadership competencies as featured in Clifton StrengthsFinder.

Mennen finished his BS Legal Management at Ateneo de Manila and his Master in Business Administration at Xavier University. 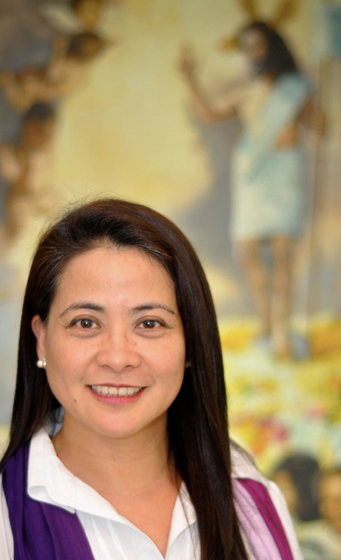 Elyn is a freelance Human Resource and Organizational Development Consultant since 2005.

She has 15 years of combined experience in the administrative and managerial level in a multi-national semiconductor company, the travel industry, and the academe.

She is currently a resident counselor at RMT-CEFAM (the Ruben M. Tanseco Center for Family Ministries) in Ateneo, Don Bosco Makati, and at the Center for Functional Medicine in Makati and San Juan.

She gives talks on marriage, relationships, parenting, faith, values, and anxiety in schools and radio programs. Her pastoral work includes giving formation sessions and counseling to children and spouses of inmates at the New Bilibid Prisons in Muntinlupa, the victims of child abuse and prostitution, and the street children and juveniles housed in DSWD centers.

She graduated from UP Diliman with a Bachelor of Science in Tourism degree. She completed her Master in Business Administration from the Ateneo Graduate School of Business.

She took up Spiritual Direction and Retreat Giving at the Ateneo Center for Ignatian Spirituality (CIS) and completed her Professional Diploma in Family Ministries and Clinical Apprenticeship in Pastoral Care and Counseling at the Ruben M. Tanseco Center for Family Ministries (RMT-CEFAM), Loyola School of Theology. She is the current President of the Cefam Alumni Association. 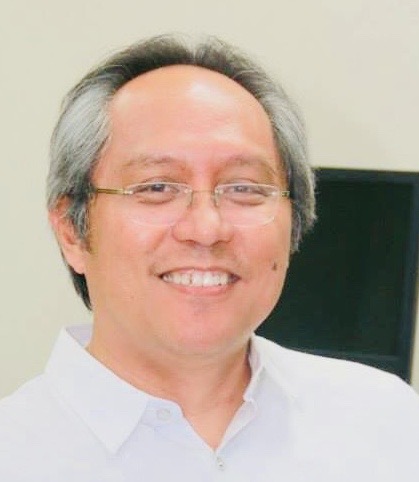 Dr. Mars Balgos finished his PhD in Leadership Studies at the Ateneo de Manila University, where he also earned his MBA and BS Legal Management degrees.

He worked as General Manager of Avid Sales Corporation, Microdata, PIMS Inc./Keysquare and Tristar Electronic Corporation before embarking on his present career of being a management consultant and academic.

He also had a stint as president of an automobile dealership, as well as engagements as Corporate Development Director at Solid Manila Corp./Solid Group, personnel services manager at S. C. Johnson & Son Inc., and human resource development manager at RCPI.

He also served on the boards of a business process outsourcing company and a construction company (where he was also the executive committee chair).

As a management consultant, he has run programs ranging from strategic management and marketing to human resource management, leader development, corporate communications and organization development for public and private organizations.

At present, he is an Assistant Professor at the Ateneo Graduate School of Business, where he teaches Leadership and Human Resource Management courses.

Dr. Oscar Bulaong, Jr. is Executive Director of the Gov. Jose B. Fernandez Jr. Ethics Center at the Graduate School of Business of the Ateneo de Manila University, where he also teaches Leadership and Business Ethics to MBA students.

Dr. Bulaong is also Assistant Professor of Philosophy at the Ateneo de Manila University, from which he received his bachelor’s (BS Management) and master’s (MA in Philosophy) degrees. He earned a Ph.D. in Philosophy at the Institut für Philosophie of the Johann Wolfgang von Goethe Universität in Frankfurt am Main, Germany.

He has lectured on ethical corporate culture to businessmen and business teachers for a variety of companies and universities in the major cities around the Philippines.

Among many publications, he edited the anthology Business Ethics in Asia (2014), which was a Finalist in the Professions category of the 34th National Book Awards of the National Book Development Board (NBDB) and the Manila Critics Circle (MCC). 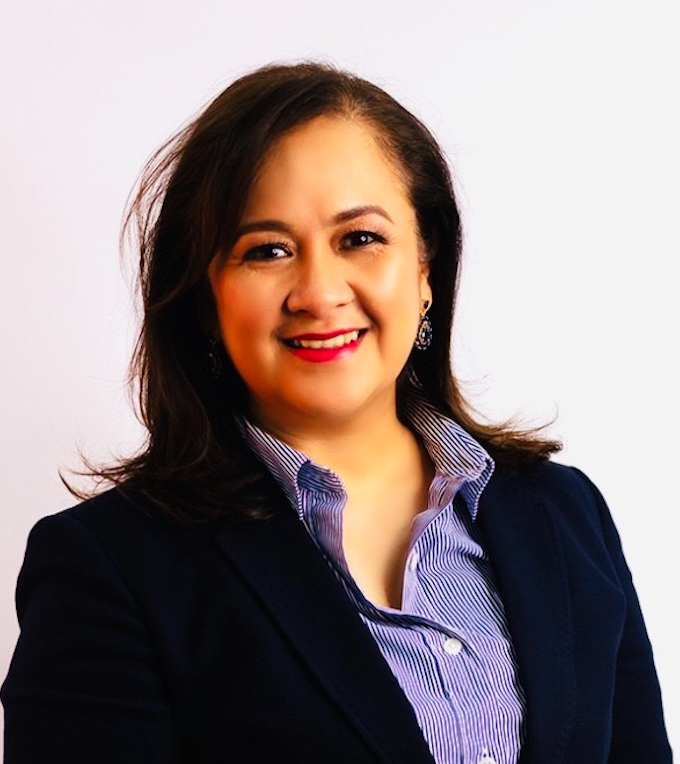 Sharina is a Strategic and Crises Communications and External Affairs Specialist with more than 20 years of experience in Public Affairs & Government Relations (PAGR), Public Relations, Crisis Communications, and the Academe.

She has authored five (5) crisis communication manuals for foreign companies operating in the Philippines.

At present, Sharina is the Managing Director of The Pinnacle. She is a member of the Public Relations Society of the Philippines and one of the founding members of Diwata, the all-women group in resource development.

She has completed the first course as an Associate of the Institute of Corporate Directors (ICD). She spent 11 years in the academe as an Assistant Professor in Communications at Xavier University and Assumption College. 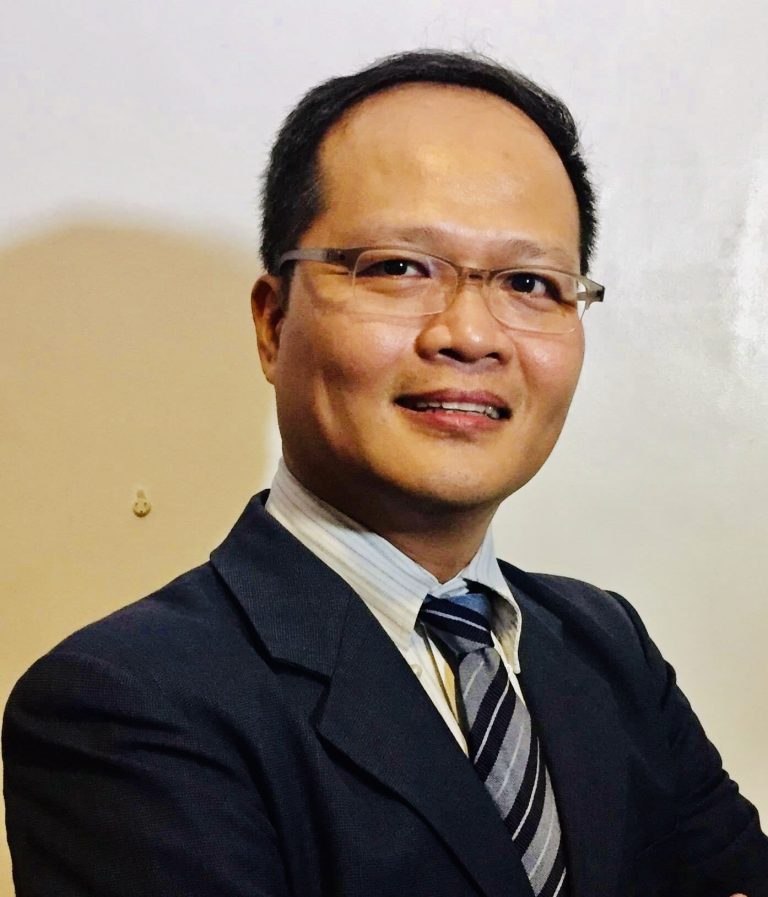 After having practiced in the corporate setting for more than 20 years, Gary moved to consulting and beekeeping.

He was the former Chief Finance Officer of Don Bosco Press, Inc. There, he was in charge of the firm’s corporate strategy. Gary was also deeply involved in the Electrical and Electronics Industry. During his previous employment, he was responsible for financial planning and budgeting. He also managed the legal and commercial risks of his previous firm, Siemens, Inc.

Gary is in his final stages of his Master’s Degree in Psychology, major in Clinical Psychology at De La Salle University. 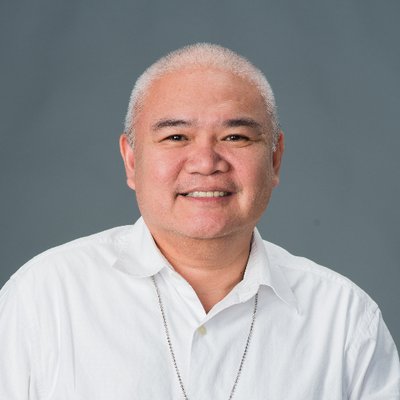 Fr. James earned his Bachelor of Science in Fisheries from the University of the Philippines in 1984. From a fisherman to fisher of men and women, he entered the Jesuits in 1991 after working as a Fishery Biologist and an Entrepreneur for a number of years. He was ordained priest on April 7, 2001.

Immediately after ordination, he was sent to the National Bilibid Prison (NBP) Muntinlupa, as Volunteer Chaplain and as Executive Director of the Philippine Jesuit Prison Service (PJPS) for two years. In 2003, after completing MA in Theology from the Ateneo de Manila University, he went to Fordham University in New York, NY, where he earned his MA in Pastoral Counseling and Spiritual Care (2005).

From Fordham, he underwent an Internship program for three years at the Blanton-Peale Graduate Institute, New York City, where he got his Certificate in Marriage and Family Therapy (2008).

Returning from studies, he worked as a Senior Pastoral Psychotherapist of the Ruben M. Tanseco Center for Family Ministries (RMT-CEFAM), where he was also President for 11 years and Chairman of the Board of Trustees (two terms). He also served as one of the formators at the San Jose Seminary for 12 years, in-charge of Psycho-Human formation of seminarians.

Fr. James’ interests include Family Formation, Safeguarding of Vulnerable population, and the advocacy for Mental Health, especially among the disadvantaged population. He also promotes sound and affective formation for ministers.

Presently, he resides at the Jesuit Residence of the Ateneo de Manila where is the House Minister. He also works as a Staff-Resource/Consultant at Catholic Safeguarding Institute (CSI), Emmaus Philippines. 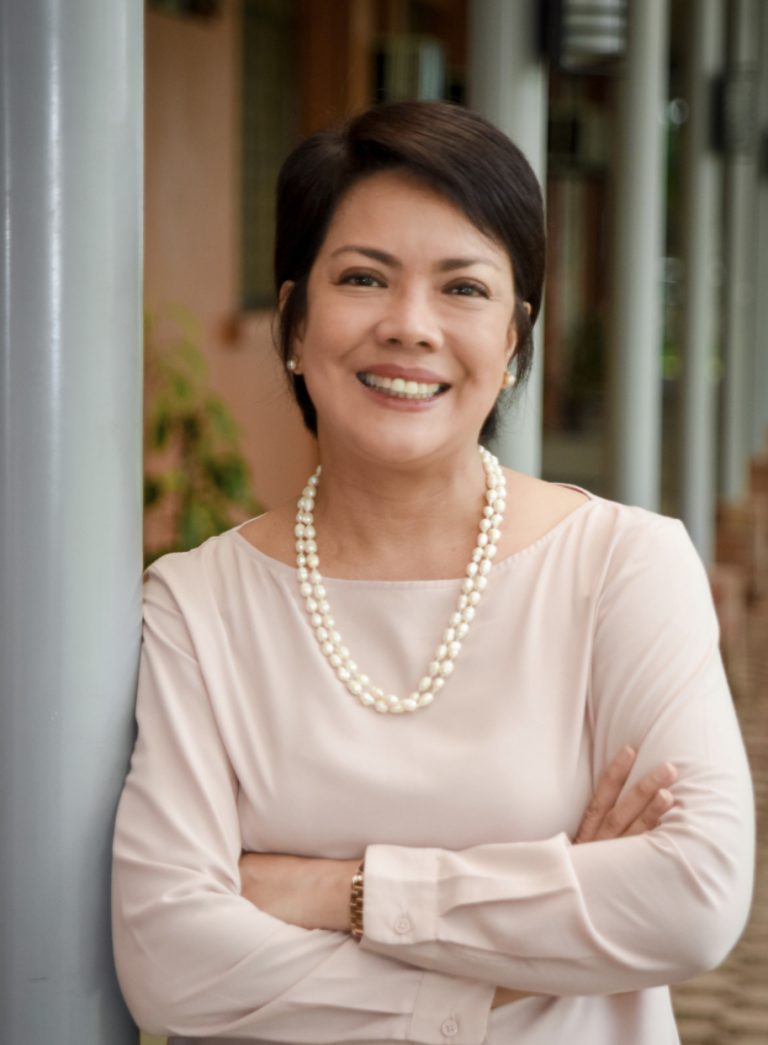 Isabel Pefianco-Martin is Professor at the Department of English of the Ateneo de Manila University, Philippines. She is the incoming Vice President and President-elect of the International Association for World Englishes (IAWE).

Her most recent work, published by Springer in 2018, is a volume she edited entitled “Reconceptualizing English Education in a Multilingual Society.” She has held leadership positions in the Linguistic Society of the Philippines (LSP) and the Philippine Social Science Council (PSSC).

She finished her PhD in Filipino  from  University of the Philippines-Diliman. She also took her MA Educational Administration and AB Economics degrees from Ateneo de Manila University.

Bernie is an accomplished top-level CEO with thirteen years (13) years of general management experience in the consumer goods industry.

He has a proven success record in organizing and growing new businesses, and in turning around corporate performance. He has a demonstrated record in growing sales, developing new products, and improving bottom-line performance.

Bernie is a strategic thinker, an organization builder, a motivator, a communicator, a decisive leader with a record of positive results. He was the President and Director of Ginebra San Miguel from 2011 to 2017.

He finished his Economics Degree at Ateneo de Manila University, and his MBA at Asian Institute of Management. 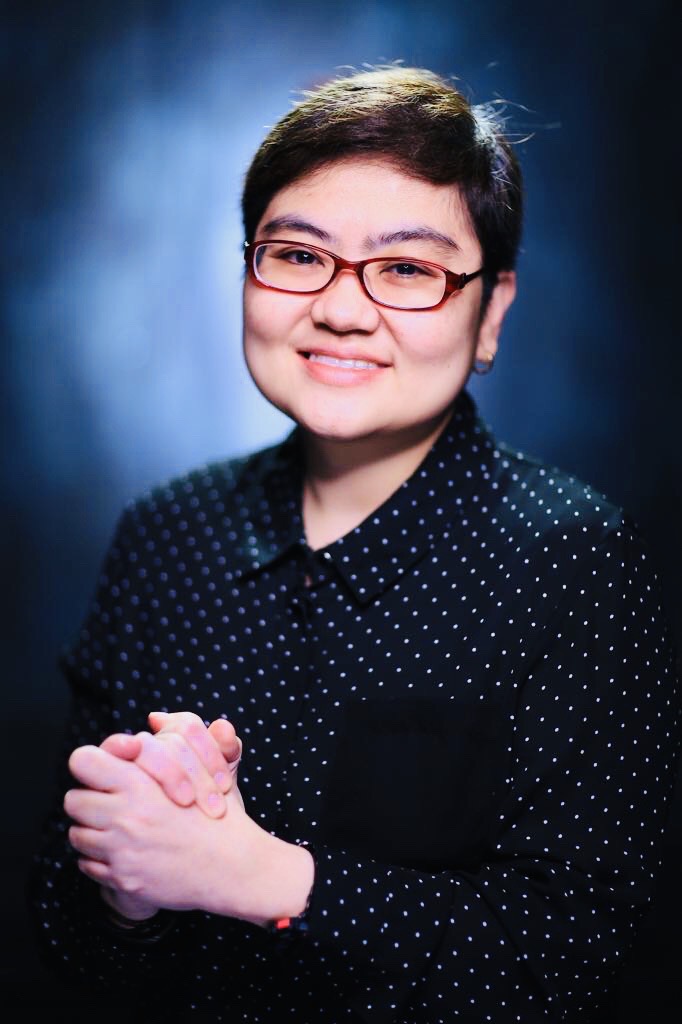 She currently is the Head of the Health Service Outcomes Research Unit (HSOR) of St. Luke’s Medical Center QC. She teaches at the UP College of Medicine-PGH as an Associate Professor, the Head of the Division of Adult Neurology and is a member of the UPM Research Ethics Board.

Dr. San Jose has participated in several international multicenter clinical trials in stroke as Principal / Co-investigator. She was the National (Philippine) Lead Investigator in the SOCRATES trial. She has authored and co-authored over 50 research papers, 17 of which have been published in local and international peer reviewed journals. For 2 consecutive years (2012, 2013) she was awarded the distinction of one of Research Chair Holders at St. Luke’s Medical Center for excellence in research.

She is a contributor to the Procedural Manual of Neurosonology, MIMS Specialty edition (Neurology and Psychiatry), a contributing author of the Stroke Clinicians Handbook, the SSP Handbook of Stroke and the PNA Stroke Council Post Stroke Neurology Evaluation Project.

He is one of the Top 15 congressmen in legislative performance during the 17th Congress and has authored laws that have made the lives, not just of his constituents, but of the majority of Filipinos indefinitely better.

He championed the following laws: Republic Act 11215 or the National Integrated Cancer Control Act, and Republic Act 10931 or the Universal Access to Quality Tertiary Education Act.

Just recently, he was honored as one of The Outstanding Young Men of 2019 in the Field of Public Service, for his advocacy in Cancer Prevention and his efforts in helping poor families in Quezon City have their homes.